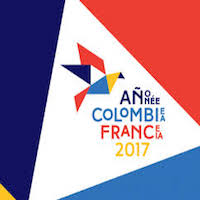 First Year Crossed in South America since the Year France-Brazil (2009), the Year France-Colombia will begin, from December 2016 to July 2017, by a French Season in Colombia, followed by a Colombian Season in France of June to December 2017.
As part of the France-Colombia Year, Waterlight Graffiti will be present at the EPM Water Museum in Medellín, from 31 May 2017 until 31 July 2017 thanks to the support of the French Institute.